The Power of Revealing Hidden Stories 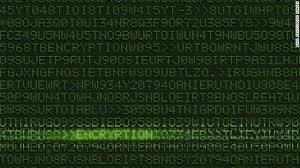 Here’s to everyone who has has ever been forced to hide their story. Here’s to those who find the courage to share Stories and reveal Truth.  My hope is this post will somehow in some small way either give you the courage you need to share your hidden Story or help you connect with whomever can reveal hidden Stories that would help you heal.

A conversation today with Leonard, the man who served with my Dad as an Air Force Security Service “Silent Warrior” revealed who my Dad really was.

What I knew before the conversation: my Dad was in the Air Force in some sort of “special forces.” He served in Vietnam. He couldn’t talk about it. He tried to kill himself several times. He had a love of politics. He had great taste in music. He stopped working when I was 14. He died when I was 22.
What I learned:
My Dad was in the one half of 1% selected for special forces.
He had an IQ of 140+.
He had a photographic memory.
He would entertain the other troops with his Pennsylvania Dutch accent. (Dad, I do that too)
He studied Chinese at Yale for one year and was sent to the border to listen to transmissions & decode messages.
While in Vietnam if there was any chance he would be captured, the CIA was instructed to shoot him on the spot. (yes, his own countrymen)
He could tell no one anything about what his service involved. Ever. He died before the information was declassified.
He was followed for 10 years in the US by CIA so that he would not divulge any information.

I only wish my Dad had been alive to receive the honor he deserved rather than the secrecy he endured. Imagine returning home to misunderstanding, imagine holding all that experience in, imagine your own parents and brother never understanding or valuing you because they never knew what you accomplished,  imagine being followed in your own country by your own people for 10 years, and imagine that no one knows the depth or truth of who you really are.

Here’s to being able to reveal who we really are through sharing our Stories.

Thank you to Leonard B for taking the time to share stories and even some laughter about two young men from a small Pennsylvania town ending up as Spies in the elite Silent Warriors. Grateful does not even begin to describe how I feel. Along with tears because I really wish I could hug my Dad.

Maybe I can’t hug my Dad, but in just a few weeks Leonard will be visiting very close to where I now live in DC. I will be able to thank him properly with a big HUG for his service and his generosity in sharing his and my Dad’s Story. And in a small way, it feels like I will be hugging my Dad.

And the best part? We both received healing through the sharing of these Stories. For years Leonard thought about my Dad and had always wanted to reconnect. Through his courage to send a letter to my Mom after seeing her at a High School class reunion and through my courage to send an email to Leonard we were able to share missing pieces of puzzles that are now just a little more complete.

Here’s to the passage of time that allows Stories to finally be told. Here’s to those who have the courage to reach out regardless of the bondage placed upon them and take a risk and share their truth. Here’s to those of us who perhaps can tell the Stories for those who cannot tell their own.  And here’s to those with the compassion to listen.

For anyone out there who has a hidden story, may you find the courage to share your story by connecting to a person or a place that allows you to do so.  Know that your story will light the way for someone else.

For anyone out there who has a connection to a hidden story; may you also find the courage to share that story, there are thousands of us out there; sons & daughters of “Silent Warriors,” relatives of resistance fighters, friends of severely oppressed… The healing we can provide for each other in sharing these stories &  the gift given is larger than any of us may ever realize.