Haiti is More than Tent Cities 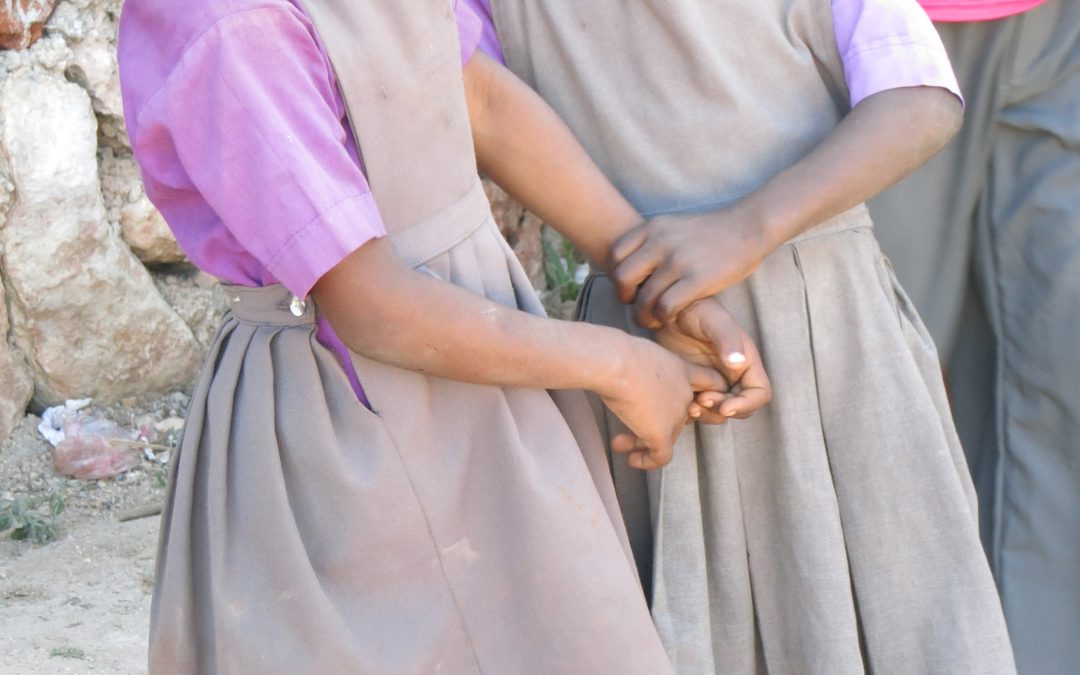 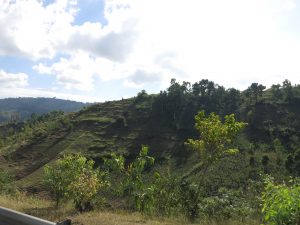 I’ve recently returned from my first volunteer trip to Haiti. It is so much MORE than Tent Cities. Haiti is BEAUTIFUL. Rolling hills, give way to terraced mountainsides as you wind round, up and down, back and forth on hairpin turns from Port-au-Prince to Mizak near Jacmel. Sitting perched in the back of a pick-up truck with Lee Rainboth, Executive Director and Co-Founder of Living Media International, my breath was taken away by the scenery whizzing by. It was greener than I expected. And far more beautiful, too. We bounced on the sides of the truck as we careened past other buses and trucks painted with Bible quotes and NBA Stars. It was indeed a bit surreal. 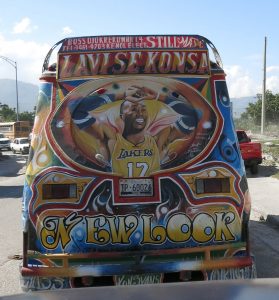 As we headed up the newly still under construction road to Mizak I was amazed by the incredible engineering feat I was witnessing. Tons of ROCK being transformed into a roadway. A very well built roadway. We arrived near the top of the mountain mid-afternoon. First things first, I was introduced to Lee’s adopted Haitian family. There was baby Bevycka, nearly 2 and cuter than a button and her dad Berthony and brother Sony and cousin Gaby and Mom Julie and sister Pasqual and Nicodemus and… I believe an Uncle and a neighbor and… I smiled and said the only Haitian Creole I could remember, “Bonjou, Kouman ou ye? Mwen tre byen!” “Hello, how are you? I am fine.” Oh my gosh, I sounded just like all the Ghanaians I’d just met 2 weeks prior as they spoke the only English they knew. 🙂 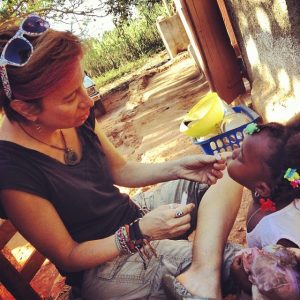 Baby Bevykca and I became fast friends as soon as I pulled the small vial of Bubbles from my capris pocket. We sat in the family courtyard and I listened as Lee and the others chatted away in Creole. They smiled at me, a lot. I smiled back. Bubbles closed the gap in my lack of language skills. I realized how tired I was, having awoken at 3:30am to catch the cab in NYC to the JKF airport and so I asked if it was ok if I took a little siesta.

Lee walked me back to his home, re-built after the 2010 earthquake, it’s newly painted Red concrete walls a 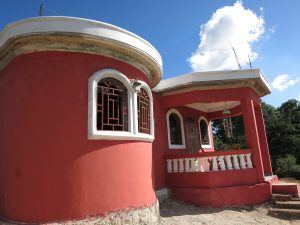 beacon of brightness. Lee lives about 200 metres from his adopted family. The views were Gorgeous; cornfields & crops on one side and then down into the valley on the other; I could see the zig-zag roadway we’d just navigated snaking around the mountain. That road was way more exciting than any Roller Coaster I’ve ridden, and I’ve ridden a lot. Lee beckoned me up to the rooftop; where the views were even better! 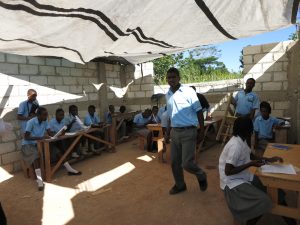 After a brief siesta the conversation continued. Lee’s experience in Haiti before, during and after the earthquake. He’s been there since 2007. From what I witnessed, Haiti is just as in love with Lee and Lee is with Haiti; I witnessed that love affair immediately. During the 6 days I spent with Lee, everywhere we went you could hear the shouts of children, teens, men and women, “Lee! Lee! Allo, Bonjou! Lee!” Always shouted with a smile, a handshake, a hug, a clap on his back. And after that 6 days I knew why. Lee is the genuine article; everything he does, he does from his entire being; heart, soul and spirit. When an organization pulled its funding from a school that was under construction, Lee stepped in to make sure the school continued to be built. And even though it is not finished, with Lee’s encouragement the Principal and Teachers educate the students under tarped roofs within the nearly complete concrete walls. It’s a boisterous place! 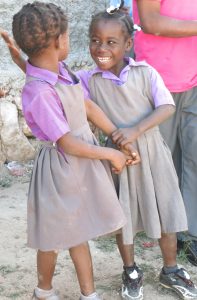 Here’s what I learned in Haiti so far: Haitians are determined to rebuild; Daniel is overseeing the construction of a cybercafe in Mizak wher 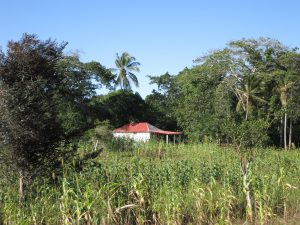 e internet access is desperately needed. Fabi built and runs a Nursing school so that locals have access to medical care. Lee and his Haitian Co-Founders offer Adult Literacy Classes, Painting classes and Guitar lessons to build communication whether through words or through the arts.

Haitians would like for us to Listen to them and allow them to tell us what they really Need. They would also like the chance to solve their own problems. So many missionaries and volunteers come to Haiti, often with their own preconceived notions of what Haiti needs. And often without listening to what Haitians really Do need. Often, unwittingly they make the situation worse than it was before they arrived. Haitians have been stripped of a sense of ownership of their own country. And this is why Artfully Aware is co-creating another book as part of their StoryBook Project. We are determined to share the real stories of those who’ve been marginalized. We want the world to know that Haiti is More than tent cities, it is MORE than Port-au-Prince and poverty. Just like Every developing country, Haiti is filled with Potential and Possibility.

I return to Haiti early 2014, with Artfully Aware Founder, Hilary Wallis to Listen and Learn and capture Their Stories as best as we am able. You can be a part of the trip by supporting our efforts with a monetary donation or by having me come and speak and Share Stories or by a donation in kind of supplies we’ll need.  Or you can simply offer verbal encouragement. We welcome that too.

Big HUG from my Heart to yours and Happiest of Holiday Seasons,